Mapping the Buddhist Path to Liberation 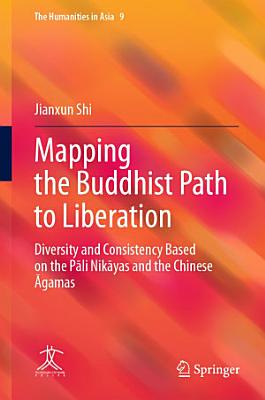 Due to the diversity in Buddhism, its essence remains a puzzle. This book investigates the Buddhist path to liberation from a practical and critical perspective by searching for patterns found in the Pāli Nikāyas and the Chinese Āgamas. The early discourses depict the Buddhist path as a network of routes leading to the same goal: liberation from suffering. This book summarizes various teachings in three aspects, provides a template theory for systematically presenting the formulas of the sequential training of the path, and analyses the differences and similarities among diverse descriptions of the path in the early Buddhist texts. By offering a comprehensive map of the Buddhist path, this book will appeal to scholars and students of Buddhist studies as well as those practitioners with a serious interest in the Buddhist path.

Mapping the Buddhist Path to Liberation

Due to the diversity in Buddhism, its essence remains a puzzle. This book investigates the Buddhist path to liberation from a practical and critical perspective

The 'Thirty Verses' or 'Treatise on the Thirty Verses on No More Nor Less than Representation Only' by Vasubandhu (316 - 396), is a succinct and concentrated se

The Discourse on the Root of Existence

This profound and difficult discourse of the Buddha aims at exposing and eliminating the concept of the ego at its most fundamental level. The commentary offers

A History of Indian Buddhism

An Introduction to Early Buddhist Soteriology

Guide through the Visuddhimagga

Buddha's Path to Deliverance, The

A classic entry in the Pali canon, this anthology charts the entire course of spiritual development as prescribed in the most ancient Buddhist texts. Drawing up

The most comprehensive manual of the practice of insight meditation (vipassana), written by one of its foremost 20th century proponents, is translated into Engl

The Questions of King Milinda

The Milindapanha is one of the great classics of Pali Buddhist literature, a spirited dialogue between the Greek king Milinda and the Buddhist sage Nagasena. Th

Ananda's Path to Becoming an Arahat