The Pattern of Life 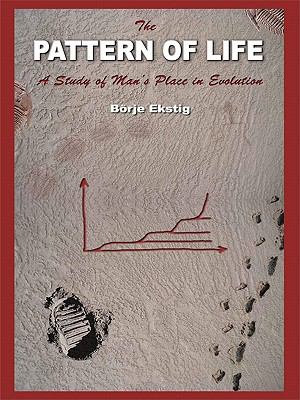 Our planet is crowded with a spectacular diversity of living creatures. As a most peculiar fact, the oldest of these are in general the most primitive whereas the most recent are the most advanced. How can evolution be working in order to bring about such a counterintuitive result? This raises the challenging question of a direction of evolution. Is it proceeding in a certain direction, is it improving, is it even accelerating? By introducing the concept of complexity, the author suggests a new way of describing the process of evolution. In this conception, the human cultural evolution is found to be a continuous extension of biological evolution in a common process of ever increasing complexity, characterized as a stepwise, cumulative progression. What is man’s place in this process? Is it meaningful to reflect upon this at all? In fact, in asking this very question we have at the same time answered it. No other creature would. Our brains provide us with a fantastic range of exclusive cognitive abilities and in this respect we are unique. In this book, we embark on an innovative, exploratory and inter-disciplinary adventure, step by step following the author towards his quest of investigating evolution, its direction and the place of ourselves in it.