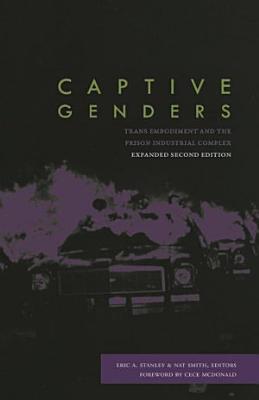 A Lambda Literary Award finalist, Captive Genders is a powerful tool against the prison industrial complex and for queer liberation. This expanded edition contains four new essays, including a foreword by CeCe McDonald and a new essay by Chelsea Manning. Eric Stanley is a postdoctoral fellow at UCSD. His writings appear in Social Text, American Quarterly, and Women and Performance, as well as various collections. Nat Smith works with Critical Resistance and the Trans/Variant and Intersex Justice Project. CeCe McDonald was unjustly incarcerated after fatally stabbing a transphobic attacker in 2011. She was released in 2014 after serving nineteen months for second-degree manslaughter.